Land Of The Living 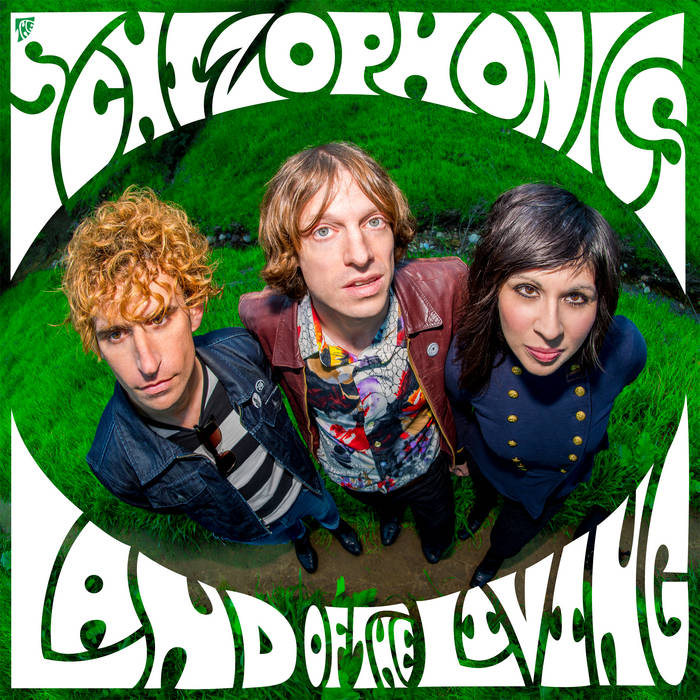 iggyd My new favorite band! These guys (and gal) are phenomenal. I just saw they live for first time (Alex's Bar-Long Beach) and they blew me away. Haven't seen a band with this much stage presence and energy in a long time.

zzzptm The MC5 are alive and well and living in San Diego. DUDE. Seriously, the sound is a dead ringer for those Detroit boys, and I love love love it. Set the wayback machine for 1970 and these guys are there to greet you. Awesome set, I want to give them more of my money in exchange for their music, simple as that. Favorite track: Streets Of Heavan And Hell.

All songs written by Pat Beers

Over the last few years, the SCHIZOPHONICS have built up a formidable reputation in San Diego as an Explosive live act. Tapping into the same unstoppable combination
of rock 'n' roll energy and showmanship that fueled THE MC5 in the heyday of the Grande Ballroom, they're also heavily influenced by artists like JAMES BROWN, IGGY POP,
JIMI HENDRIX, LITTLE RICHARD, and THE SONICS. ... more

Bandcamp Daily  your guide to the world of Bandcamp

Featured sounds by K.Spark and WIZDUMB, plus Basi joins the show to discuss his latest release.